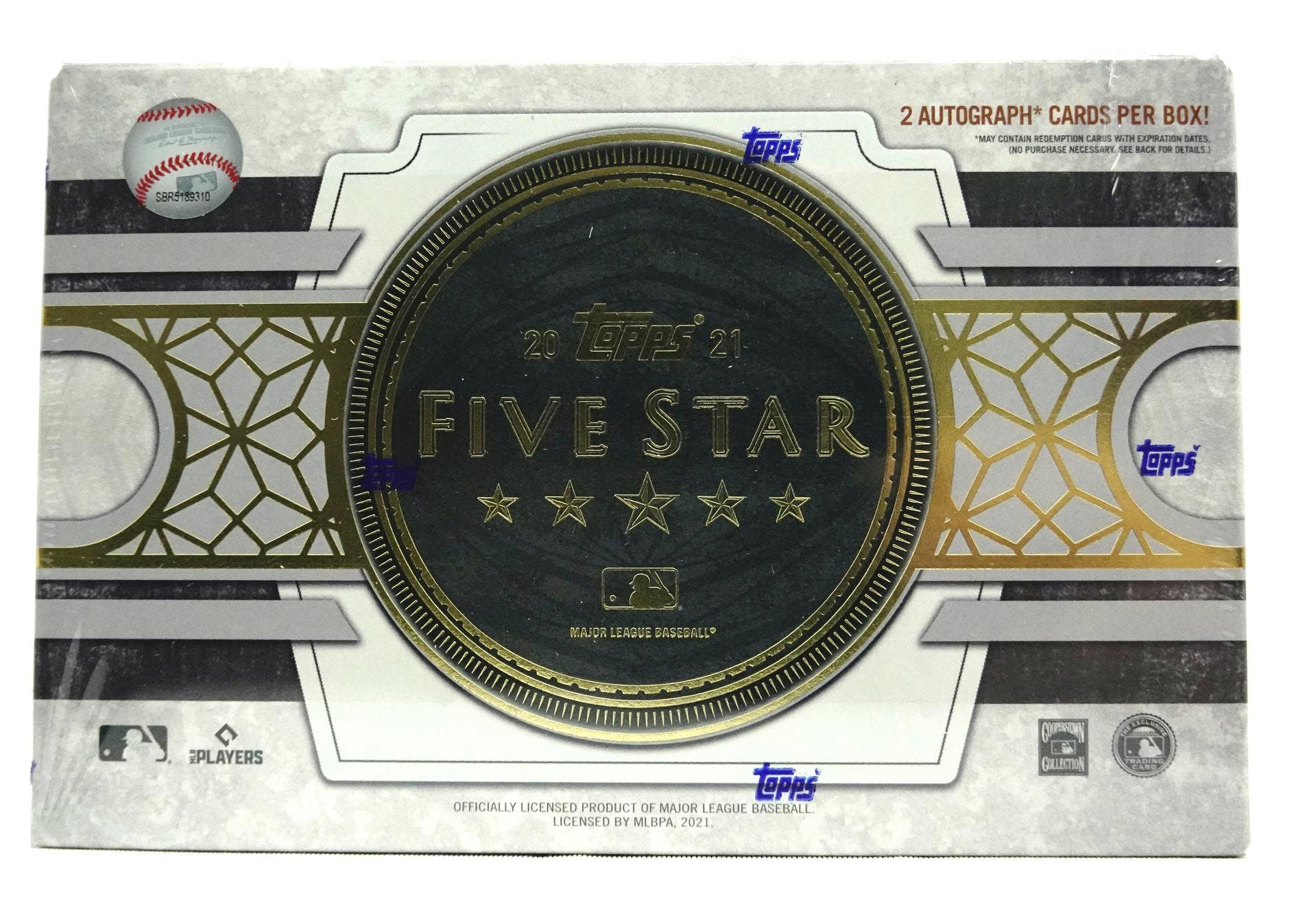 Silver Signatures
Players will use silver ink to sign directly on-card. Sequentially numbered to 40 or less. 1 per case.

Five Tool Phenom Autographs
Only the most talented MLB players are showcased here with on-card autographs. Numbered to 25 or less
- Five Star Parallel - #’d 1 of 1

NEW! Five Stars Autographs
Featuring 5 players that share a common bond. 3 players featured on the card front, 2 players on the card back. Numbered to 5.

Five Star Signatures
Up to 60 MLB greats sign these rare autograph cards. Select subjects will also include inscriptions. Numbered to 20 or less.

Five Star Cut Signatures
MLB legends from the past. Numbered 1 of 1

4 average based on 33 reviews.